Bags are packed, our home is tidied up, talked to both Claire and Timothy about what’s going to happen tomorrow… We are ready, sort of.  Both of them consented willingly, but I am sure they do not know the significance and the gravity of what is about to happen.  Not only to Timothy, but to our whole family.  At the same time, I am learning to NOT underestimate little kids.  Timothy once again surprised me yesterday when he had to go NPO for the PICC line placement.  He could not eat in the morning, but he handled it very well.  Usually, the first thing he asks for when he wakes up is food.  I had talked to him about it the night before how he couldn’t eat.  In the morning, he didn’t ask for food and when he did (the procedure was delayed an hour), I explained to him again when he would eat, and he obliged.  Amazing.  Kids do understand, even at 2.  They are little people with understanding.

Here’s Claire waiting for Timothy to wake up after his PICC procedure. 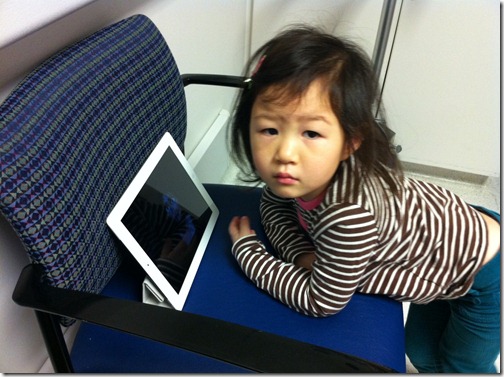 Timothy after the procedure: 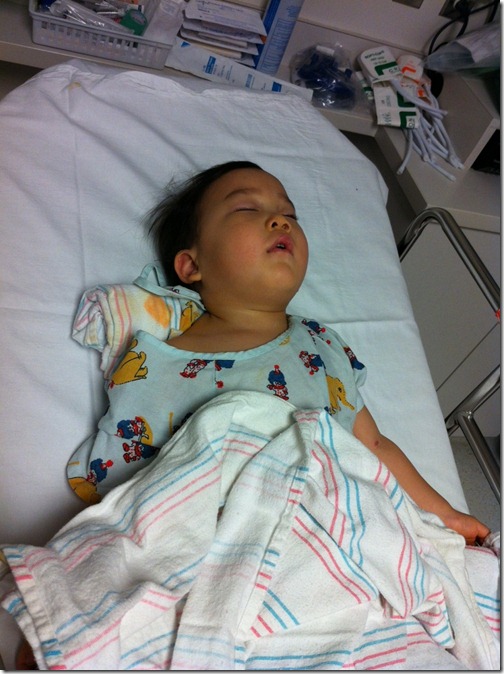 He had a difficult time waking up again… but all we had to say was “candy” again to wake him up :).  He drank 2 juice boxes as soon as he opened his eyes and wanted to eat.  He was pretty drowsy.  Even though, he could barely open his eyes and hold his sandwich, he still wanted to feed himself and eat.

The anesthesia made him very irritable.  This is him, for no real reason:

We will be admitted tomorrow.